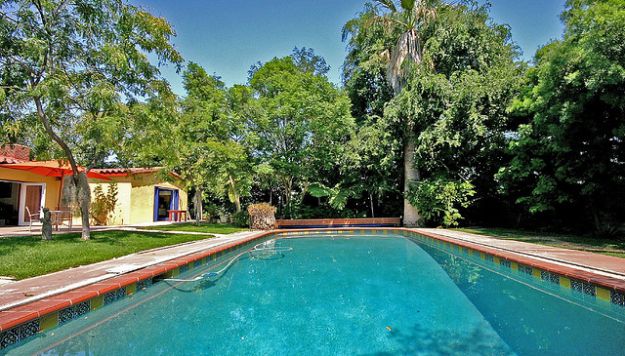 What are some of the most popular attractions during a hot summer? The pool. It also has the potential to be dangerous.

In 2002, a young girl drowned in a hot tub and that grabbed the attention of the government. They quickly implemented new rules that public pools, spas, and whirlpools would have to follow. While a drain cover was one important tool, some other safety precautions came into place. That is where Steve Beckham comes in.

According to Bradenton.com, Steve and his company, Play It Safe Technologies LLC, have created an automatic pool pump shut off system that will stop people from becoming trapped in pool drain outlets.

Beckham is convinced that the [system] he invented is superior to other shut-off systems already out there.

â€œFor most of them, every time you have a power outage or clean your pool filter, you have to recalibrate them,â€ he says. â€œBut once the APS-120 is installed, thereâ€™s no additional maintenance or calibration required.

Beckham began working on the APS-120 in 2008 at the encouragement of his business partner, Rex Cowan, and says a basic lawn irrigation system inspired him to use a switchable neutral, which ensures external electrical wiring does not pose a danger of electrocution.

Beckhamâ€™s company has invested $50,000 in the invention, which is manufactured by a plant in the Midwest. Just this week, he began marketing it on Amazon and launched the Play It Safe Technologies website.

â€œNow weâ€™re waiting for that good news/bad news situation for a start-up company,â€ Beckham says, â€œwhich is, â€˜Iâ€™ve got 100 orders; how will I get them all built?â€™â€