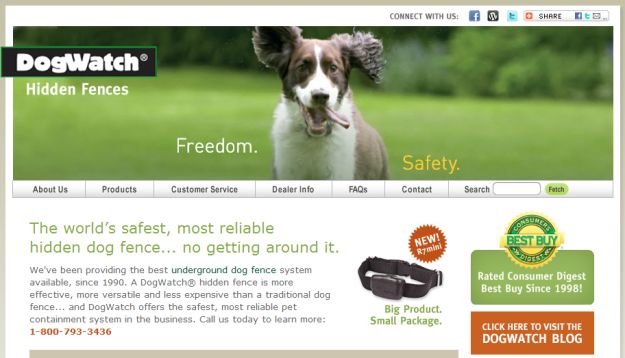 As Shannon Mathews’ son prepared for Kindergarten, she knew it was time for her to go back to work. But what should she do? She assumed she would just leap back into the home decorating business. However, that question was quickly answered for her when her kids adopted two puppies, reports al.com.

The Mathews family had previously had a dog and hidden fencing, but with the new puppies their fencing needed repairs. “In talking with the dealer, we learned that he was ready to retire,” said Mathews. “Weâ€™d been customers of DogWatch for almost eight years and believed in the product, so we ended up with two rescue puppies and a new business venture.” Mathews is the new owner of DogWatch of the Gulf Coast. “It was almost like it was supposed to be,” she said.

“DogWatch Hidden Fence Systems is a way to keep your dogs safe,” said Mathews. Customized systems, for both outdoor and indoor areas, protect pet ownersâ€™ lifestyles and provide assurance that the four-legged members of the household are also protected. In addition to dogs, the company has provided hidden fencing for pigs, goats, llamas and donkeys and has been asked to do something for miniature horses, Mathews said.