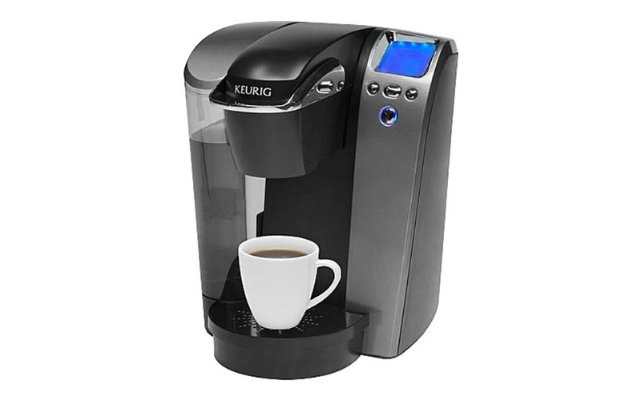 In 1995, John Sylvan was drinking 30 to 40 cups of coffee per day. Not just because he loved the stuff, but because he and his business partner, Peter Dragone, were working on a new kind of coffee maker. They named their invention “Keurig,” a word meaning excellence that Sylvan pulled from a Danish-English dictionary.

On doctorâ€™s orders, Sylvan cut back on his coffee intake, but only slightly. It was the least of the deprivations he suffered while creating a device that could make traditional coffeepots obsolete. Unlike the drip models already on the market, Sylvanâ€™s machine would brew single cups using sealed capsules of ground coffee. From Keurigâ€™s founding in 1992 until their departure in 1997, Sylvan and Dragone hacked together prototype after prototype, working in small offices in Waltham and doing most of the taste-testing themselves. For the first few years, they drew no salary and were turned down for funding by scores of venture capitalists.

But today, 16 years after that trip to the hospital, the company Sylvan dreamed up is a billion-dollar juggernaut. Keurigâ€™s commercial models are now in 13 percent of American workplaces (and more than 25 percent of those in Boston). Last Christmas, one out of every four home coffee makers sold in the United States was a Keurig. Lately the brand has taken on a viral quality: If someone gets a machine and shows it off to friends, soon everyone else in the neighborhood wants one, too.

How to Boost Creativity and Collaboration From Home

7 Digital Marketing Strategies for Your Business