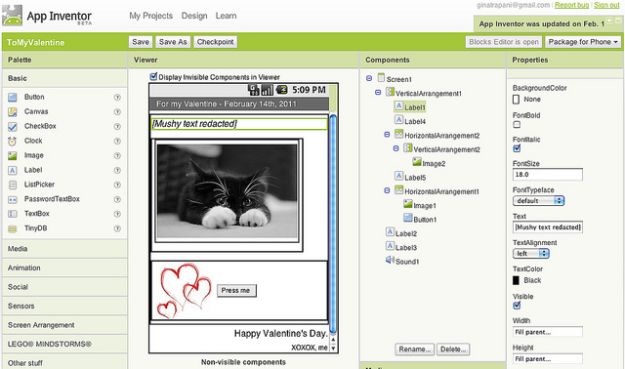 Google created App Inventor so people could create their own apps. Now they are preparing to shut down the service.

The service launched in private beta last summer and opened to the public in December. But it hasnâ€™t progressed very much since last year. Itâ€™s still fairly difficult to create complex Android apps using the Inventor. While you donâ€™t have to learn to code Java, C++, or another programming language, you do have to sort of train yourself to think like a programmer to use the service â€” and the functions it offers are pretty limited so youâ€™re going to have a hard time using App Inventor to make a really polished app.

While Google is ending official support for App Inventor, the company is looking for ways to keep the service alive as an open source project.