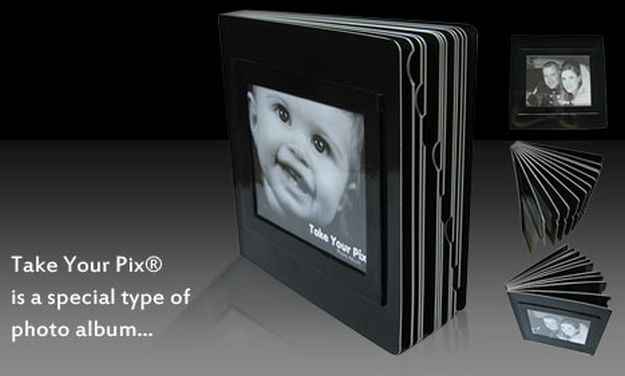 Babies love photo, but their parents are not crazy about letting them get ruined. It was in there that Laura Miranti saw a need for baby-friendly photo albums, reports BND.com.

“Kids love photos, but most parents aren’t going to hand over their photo albums to their little ones. They don’t want them to get messed up.”

Laura filed for a patent, found a manufacturer and began selling her [Take Your Pix photo] albums on the Internet in December of 2008.

The kid-friendly albums are made like board books with thick cardboard pages, rounded corners and notches for easing flipping.

“The windows have clear, protective coverings, so little fingers aren’t going to touch the photos,” Laura said. “Even if kids are chewing on them, the photos don’t get wet.”

“It’s a product that’s fulfilling a need. It can enhance lives, and it’s fun. What little kids don’t want to flip through photos of themselves and their toys?”