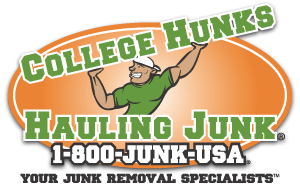 To earn some cash during the summer of 2003, college students Nick Friedman and Omar Soliman started what they thought would be a temporary business removing old furniture and other items from people’s homes.

But after a brief stint in the corporate world following graduation (Mr. Friedman from Pomona College and Mr. Soliman from the University of Miami) they decided that hauling junk was far more to their liking. College Hunks Hauling Junk LLC became a full-fledged operation in 2005 and began franchising two years later.

The Washington, D.C.-based company has 37 locations in 28 states.

We’ve written more about them here.