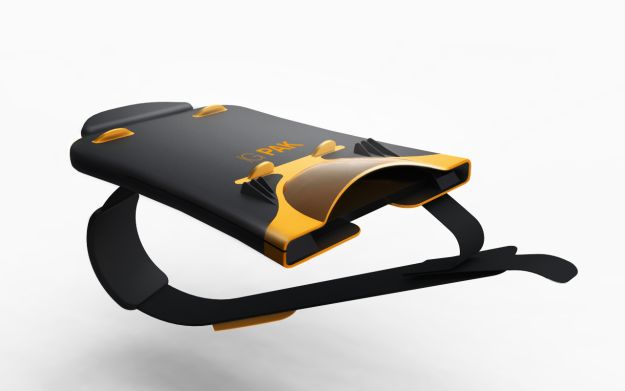 At least, the inventor, Bob Hart, thinks so. He currently has his invention, the IG PAK, listed on Kickstarter, in hopes of raising enough money to launch the next trend in iPad accessories.

Hart, a civil engineer and former commercial contractor, is hoping to raise $100,000 to help launch his “IG Pak (for “Instant Gratification”), a sling-style backpack for carrying an iPad.

So far, the Roseville resident estimates he’s spent 18 months and about $40,000 of his own money. His vision is a hands-free iPad carrier that is lightweight but rugged enough to survive rough handling on urban streets or school playgrounds.

“You could drop it, and it wouldn’t break,” said Hart.

The polycarbonate shell â€“ the same material as the face shields of NASA astronauts, he says â€“ weighs only 1.5 pounds. Flip it over and it becomes an iPad workstation.

Originally, Hart created a functional but awkward-looking prototype, using plastic compounds that he mixed in his bathtub. He also consulted with a backpacking company in Chico and used Sierra College’s fabrication lab.

Today, his prototype is being fine-tuned with a sleek profile by Design Annex, a Sacramento-based engineering and design company. Given the iPad’s popularity and sales projections, Design Annex’s Trent Smith says the IG Pak “has potential as a workforce tool,” as well as for schools, military and government use.