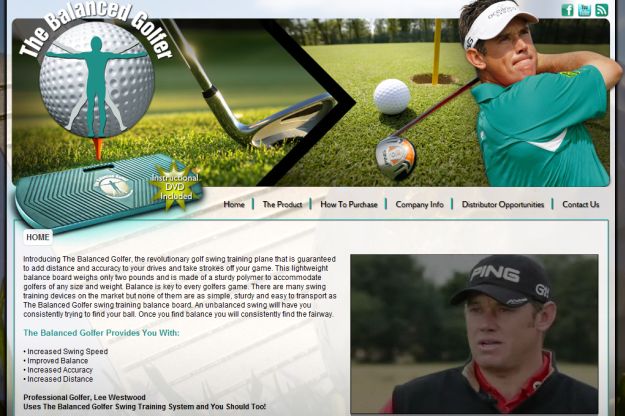 Jimmy Rosa experience as an inventor began with the Easy Jump. He had wanted a special jump rope that wouldn’t trip him while using it for a long period of time. However, after a failed patent attempt and poor sales, he gave up. So, he was pretty discouraged when the product came out under a different name and was a big hit a few years later. He didn’t let that stop him, though. How he has moved on a to something a little different.

In his 30s, he discovered golf. For years he thought about the golf swing. Balance was key. What could he invent to improve balance?

He went to a friend Tom Kaechelin, who has a workshop in his Levittown garage. Kaechelin, 69, is a magician with his hands. He cobbled together a prototype and they kept modifying and adjusting the invention until it was exactly what Jimmy wanted.

Jimmy was broke, living on ramen noodles. He borrowed $25,000 from friends who believed in him and had 2,000 boards manufactured.

Each is two pounds, hard plastic. A golfer stands on it. It tilts or tips if you fall out of balance during the swing.

In 2009, Jimmy contacted Dick’s Sporting Goods. Friends told him, “You can’t just call up Dick’s.” But he did, and they took his invention, called the Balanced Golfer.

Jimmy says wholesalers and retailers are interested. The Japanese are airing an infomercial. He’s got a website. Five thousand units, Westwood on the cover, are being shipped from China. (It retails for $49.95.)