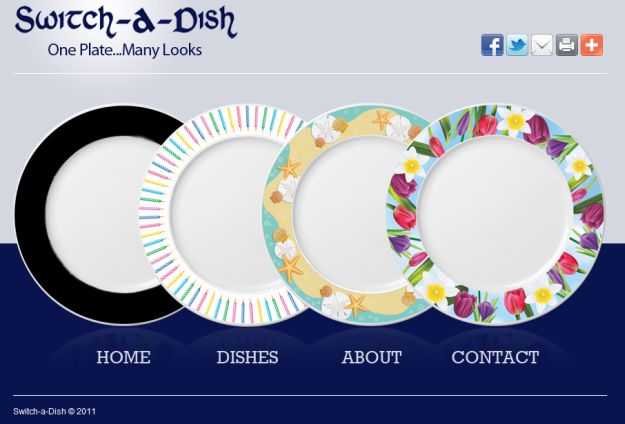 She may have won on Kelly Ripaâ€™s cable TV show, â€œHomemade Millionaire,” but Karen McCombs is not a millionaire… yet, reports lohud.com.

What Ripaâ€™s show â€” in which regular folks presented their inventions to a panel of experts and competed for a pitch spot on HSN â€” gave to McCombs was not a million dollars, but one-time access to the HSN audience. When she appeared on HSN on Dec. 27, 2010, the nation saw McCombs, a self-described â€œNew City mom,â€ showing how her melamine plates come with interchangeable rings that can be swapped for different occasions.

â€œA year of ups and downsâ€ later, McCombs is still explaining and still working to expand the Switch-a-Dish brand.

â€œIt was a once-in-a-lifetime experience of filming a TV show in my house,â€ she says. â€œIt was the most stressful thing I probably ever did. It was worse than giving birth to twins! But the good spin is that it was a fascinating journey, to have my idea validated by experts in this business.â€