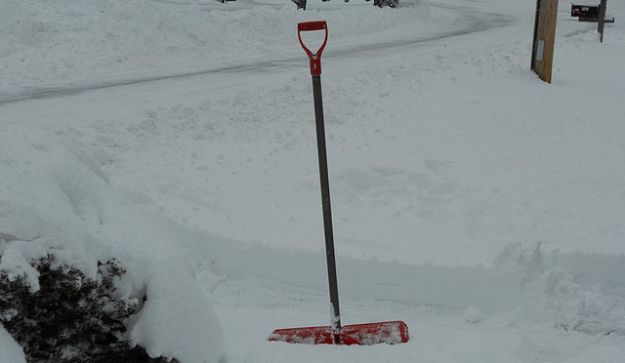 Where there is a problem there is often an inventor nearby who is trying to find a solution. With snow falling in many different states, the latest inventor to receive the spotlight is Patrick Burke. He has redesigned the snow shovel based on his own need for comfort.

He said his goal was to eliminate the need to scoop up a shovel of snow, twist at the hips and throw the snow away from the pavement, actions that can cause pain or injury to back muscles.

Burke said there was a lot of trial and error as he tested and rejected a number of designs before he came up with the Shove-It prototype.

He said once he had made and tested the prototype of the current design, he used it for about eight hours moving snow and found he no longer came home with a sore and aching back, so he figured he had something that worked well.

The device he created is a single snow-shovel blade with two handles. The inventor explained that the operator holds the handles at hip level and pushes the shovel down the walk, moving the snow ahead of him because the shovel acts like a snow plow. He said raising the one arm tilts the blade and shoves the show off to either the right or left, depending on which arm is raised.