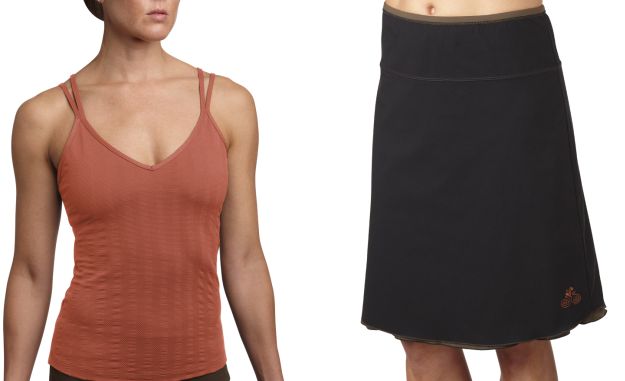 The website has been used to market a wide variety of products. Now we can add female cyclist fashions to that list with the addition of My Alibi, reports The Des Moines Register.

But raising the money in what she called the â€œhigh-capital gameâ€ of apparel has not been easy. Durkee said it would cost her $200,000 to launch a new line of reversible skirts and strapless camisoles fit for cycling.

She hopes to dig into that total through Kickstarter and started her 60-day, all-or-nothing campaign in late November to raise $50,000. As of Wednesday afternoon, 106 people had pleged $10,890.

Anyone can pledge as little as $1. Contributors will receive merchandise for pledging, such as a My Alibi camisole and stickers for pledging $88 or more. Durkee said sheâ€™s using the site to allow customers to pre-order inventory so she can determine demand.

â€œItâ€™s a real high-capital game, the apparel industry,â€ Durkee said. â€œAs an entrepreneur, I found it difficult to raise the funds. But I realized Kickstarter was a way to not only get the brand out there but also engage the community in supporting it.â€