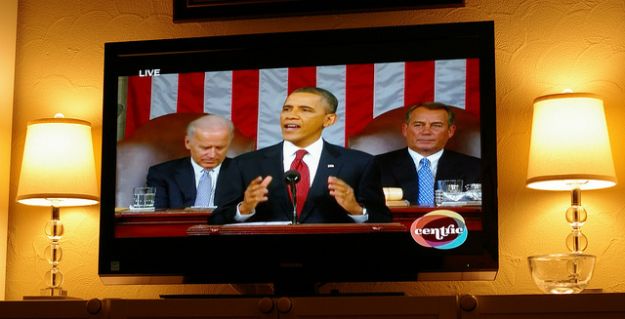 Instead of going to China, Bruce Cochrane set up his business in the US to give Americans jobs. His actions grabbed the attention of the President, and he was invited to the President’s recent State of the Union address, reports KTVZ Bend.

Cochrane interrupted years of business consulting in Asia to reopen a furniture factory his family once owned in the Smokey Mountains. But acquiring capital became a nightmare. He said dozens of banks turned him away and few deep-pocketed investors could be found.

He eventually hit pay dirt, by getting a $3.3 million equipment loan from a community bank and close to $1.5 million in funds from a small group of investors and business partners. He opened in February. Still, he couldn’t pay his workers until July. And the need for work in this small city of 10,486 just outside Charlotte was extreme. Cochrane said 1,300 people applied for his company’s 130 jobs.

Cochrane knows first hand how important jobs are to stricken towns like Lincolnton. When he first opened the factory, he offered a jobless father a position there. The man “started crying in front of me,” said Cochrane. “And it was pretty emotional.”

And during the summer, he said workers cheered when the first piece of furniture – a solid cherry nightstand with three drawers and smooth English dovetail joints – rolled off the line.