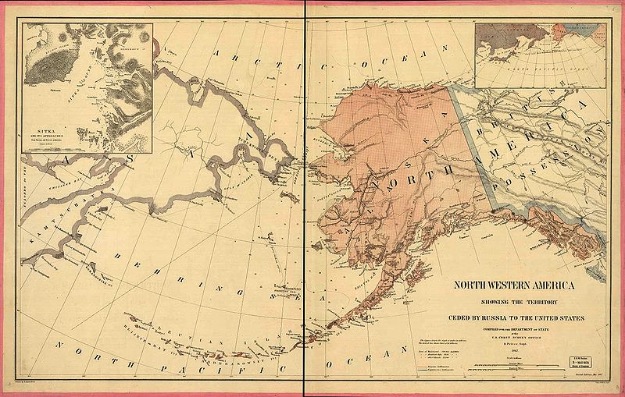 Call by some, Seward’s Folly, the purchase of Russian Alaska was generally seen as a good thing by the American public.

Historian Ellis Paxson Oberholtzer summarized the minority opinion of some newspaper editors who opposed the purchase:

Already, so it was said, we were burdened with territory we had no population to fill. The Indians within the present boundaries of the republic strained our power to govern aboriginal peoples. Could it be that we would now, with open eyes, seek to add to our difficulties by increasing the number of such peoples under our national care? The purchase price was small; the annual charges for administration, civil and military, would be yet greater, and continuing. The territory included in the proposed cession was not contiguous to the national domain. It lay away at an inconvenient and a dangerous distance. The treaty had been secretly prepared, and signed and foisted upon the country at one o’clock in the morning. It was a dark deed done in the nightâ€¦ The New York World said that it was a â€˜sucked orange.â€™ It contained nothing of value but furbearing animals, and these had been hunted until they were nearly extinct. Except for the Aleutian Islands and a narrow strip of land extending along the southern coast the country would be not worth taking as a giftâ€¦ Unless gold were found in the country much time would elapse before it would be blessed with Hoe printing presses, Methodist chapels and a metropolitan police. It was â€˜a frozen wilderness.â€™

The financial value of the Alaska Purchase turned out to be many times greater than what the United States had paid for it. The land turned out to be rich in resources (including gold, copper, and oil).