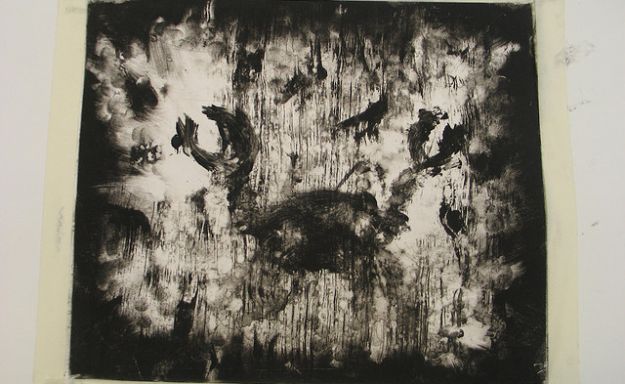 Anastasia Rodimina patented her own method of monotyping â€” a print-making technique when a smooth surface is covered by paint and a piece of paper then pressed to it to make a single print.

Under Rodimina’s patented method, which she named “energoinformation monotyping”, a monotype is covered by a paper application and put in direct sunlight to let the unprotected ink fade.

The invention was made accidentally when the girl forgot one of her monotypes, partially covered by a piece of paper, on a windowsill. She eventually discovered that though ink on most of the picture had faded, colours remained unaffected under the piece of paper, creating a unique pattern.