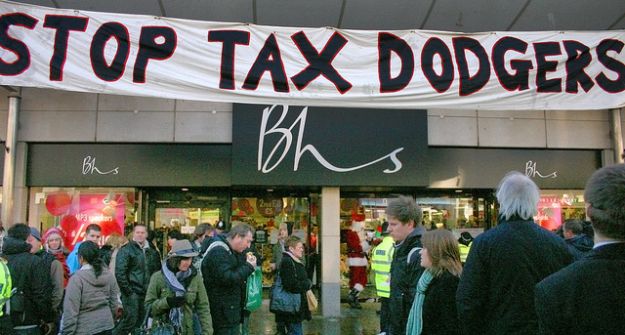 This week, Citizens for Tax Justice released a report showing that 26 major American corporations havenâ€™t paid federal corporate income tax for the last four years. But that is just the tip of the iceberg when it comes to corporate tax avoidance.

In fact, the use of offshore tax havens by corporations costs the government $60 billion annually. Such tax dodging gives multinational corporations a leg up on smaller firms that canâ€™t avoid their tax bills, whether its through higher taxes or fewer services. According to a new report from U.S. PIRG, the cost of corporate tax havens amounts to $2,116 for every small business in America.