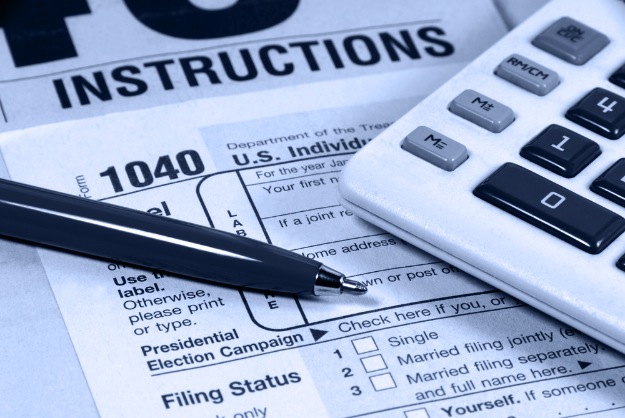 Why do you have to fill out all these complicated forms at all?

Why don’t you just lie on your taxes? You don’t lie because you’re worried that the IRS will catch you. And why do you worry about that? Because all the various entities who’ve paid you over the course of the past year have to submit paperwork about your income. Your employer, your bank, your stock broker, etc.—record and transmit almost all relevant information about your money to the IRS, meaning that if you lie you’ll get caught. But by the same token, the IRS could simply collect all this information and send you a tax bill. You could read it over, sign at the bottom, and either include a check or wait for your refund. It wouldn’t be fun, exactly, but it would sure be simple.

Needless to say, taxpayers should have the right to dispute the veracity of the IRS’s calculations and submit their own form. And some classes of people are going to routinely have unusually complicated tax finances. Journalists, for example, often have miscellaneous travel expenses related to freelance assignments. People running substantial small businesses will still need accountants. But for the vast majority of the population, most of the pain of tax compliance could be eliminated by a few keystrokes at IRS headquarters. So why don’t we do it? Two reasons. One is lobbying by the tax preparation industry to discourage states and the feds from developing easier tax-paying systems, as California recently did. The second is lobbying by anti-tax conservatives. When the Golden State implemented its ReadyReturn system, it did so over the objections of Grover Norquist and his anti-tax pressure group Americans for Tax Reform, which fears that if taxes become less annoying voters might be less unhappy about paying them. After all, if the government did something to make your life easier it would be harder to tout the difficulty of tax compliance as a reason to abolish the progressive rate structure.