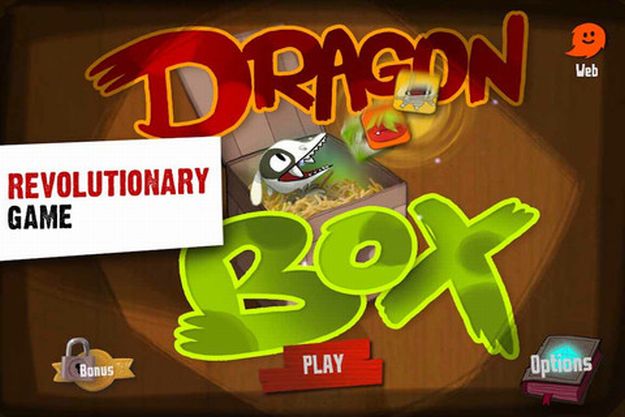 There are five â€œworlds,â€ each with twenty levels, and as you progress through the levels the â€œdragonsâ€ hatch and grow into their full-sized versions. While this in itself has nothing to do with algebra, I mention this because my kids love this. Itâ€™s a very tiny incentive (along with earning stars) but they really want to beat the next level to watch the dragon grow into its next form. I was told that the dragons were all drawn by a fourteen-year-old girl, and theyâ€™re a lot of fun. (They arenâ€™t all typical dragons â€” One starts off more like a fish, one looks like a squid, and so on.)

Some other funny things happen, too. Sometimes thereâ€™s no box, but there is a little white square with an â€œxâ€ on it, and itâ€™s sparkling. So you isolate the â€œx.â€ Sometimes instead of weird little creatures there are letters on the cards like â€œcâ€ or â€œbâ€ and sometimes there are things that look like dice, white squares with some number of dots on them.

And then the cards once again turn into numbers and letters instead of little picturesâ€¦ and then finally you get something like that screenshot near the top of the post, where the trays have faded out completely and there are just the hint of card outlines, and â€” voila! â€” youâ€™re solving algebraic equations.