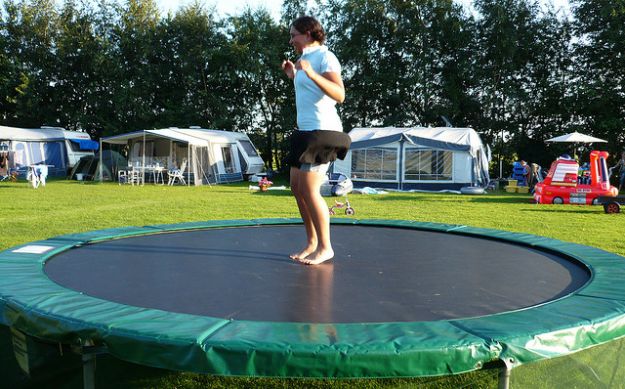 As fans of the summer Olympic Games eagerly await the opening ceremonies July 27 in London, Ron and Dagmar Munn will be glued to their television in Green Valley cheering on Team USA in the trampoline event, a sport made possible thanks to Dagmarâ€™s father, trampoline inventor George Nissen.

Born in 1914 in Blairstown, Iowa, Nissen was intrigued early on by circus trapeze artists who capped off their performances by dropping into the safety nets below, much to the thrill of the audience.

It was his gymnastics involvement with the University of Iowa in the 1930s that changed his life. He and his coach, Larry Griswold, perfected what they termed a â€œbouncing rigâ€ using a metal frame and canvas sheeting.