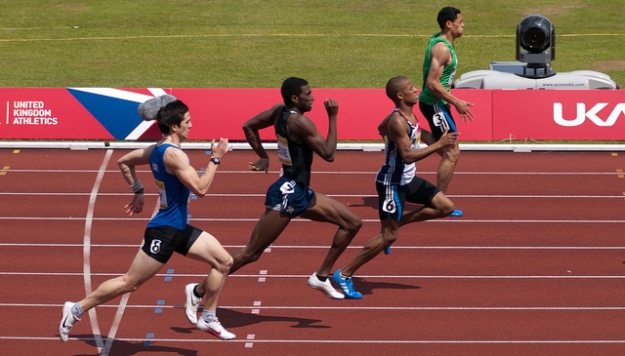 Few have dominated the Olympics like sprinter Michael Johnson did in 1996. Having already won a gold medal during the 1992 Olympics in Barcelona, Johnson returned to the Olympic spotlight four years later in Atlanta hungry for more. He eventually cemented himself as the fastest man alive, winning gold medals and breaking the world records in both the 200-meter and 400-meter events.

The sprinter returned to the Olympic stage in Sydney in 2000, and ended his running career by taking home gold in the 400-meter.

After spending time as a motivational speaker and television commentator, Johnson turned his attention to the business world. In 2007, he opened the Michael Johnson Performance in McKinney, Texas. The center is a state-of-the-art training facility that provides group performance training for youth athletes to improve speed, agility, strength and stamina. It also provides specialized programs for college and professional athletes worldwide, and serves as the official training partner of the Dallas Stars, Dallas Cowboys and FC Dallas.