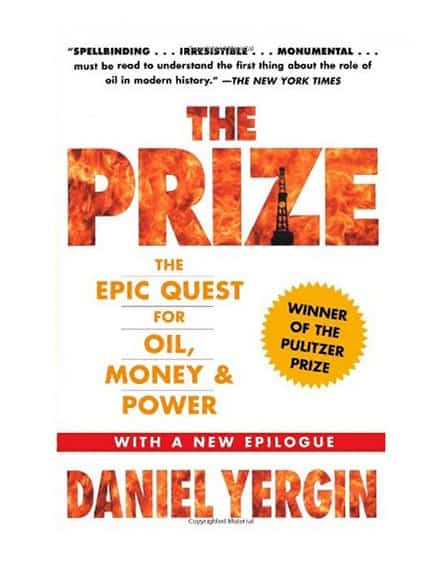 Slow history day today. That I can find, only one thing of any entrepreneurial importance happened on this date.

On this day in 1859 Petroleum was discovered in Titusville, Pennsylvania leading to the world’s first commercially successful oil well.

That wasn’t too important now, was it? 🙂

Titusville was a slow-growing and peaceful community until the 1850s, when the discovery of petroleum in the region caused quite the stir.

Oil was known to exist here, but there was no practical way to extract it. Generally, its main use to that time had been as a medicine for both animals and humans. In the late 1850s Seneca Oil Company (formerly the Pennsylvania Rock Oil Company) sent Col. Edwin L. Drake, to start drilling on a piece of leased land just south of Titusville near what is now Oil Creek State Park. Drake hired a salt well driller, William A. Smith, in the summer of 1859. They had many difficulties, but on August 27 at the site of an oil spring just south of Titusville, they finally drilled a well that could be commercially successful.

Teamsters were needed immediately to transport the oil to markets. Transporting methods improved and in 1862 the Oil Creek & Titusville Railroad was built between Titusville and Corry where it was transferred to other, larger, east-west lines. In 1865 pipelines were laid directly to the rail line and the demand for teamsters practically ended. The next year the railroad line was extended south to Petroleum Centre and Oil City. The Union City & Titusville Railroad was built in 1865, which became part of the Philadelphia & Erie Railroad in 1871. That fall, President U. S. Grant visited Titusville to view this important region.

Other oil-related businesses quickly exploded on the scene. Eight refineries were built between 1862 and 1868. Drilling tools were needed and several iron works were built. Titusville grew from 250 residents to 10,000 almost overnight and in 1866 it incorporated as a city. In 1871, the first oil exchange in the United States was established here. The exchange moved from the city, but returned in 1881 in a new, brick building before being dissolved in 1897.[3]

The first oil millionaire was Jonathan Watson, a resident of Titusville. He owned the land where Drake’s well was drilled. He had been a partner in a lumber business prior to the success of the Drake well. At one time it was said that Titusville had more millionaires per 1,000 population than anywhere else in the world.

For more on oil, you can read the book that Business Week called the “the best history of oil ever written,” The Prize: The Epic Quest for Oil, Money & Power.