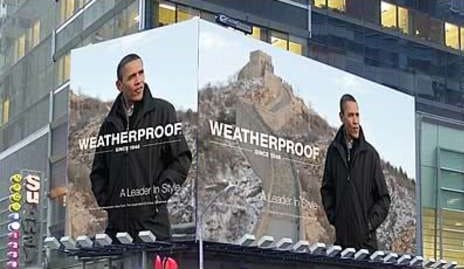 Accidental Ad Campaign
Weatherproof found a vein of gold in the decision of Obama to use a jacket of the firm during its recent trip to China this past November and placed the ad in a highly visible place. Barack Obama is seen dressed in a black jacket with hands in the pocket, smiling with the Chinese Wall as backdrop.

Chiaobama
Regular Chia Pets are so last decade, but an Obama Chia? Now that’s hip for the times.
The Obama Chia pet grows a nice green little bushel of ‘hair’ consisting of plants grown by you in just 1-2 weeks. The Obama figurine comes in Happy and Determined expressions to suit the mood of your home. 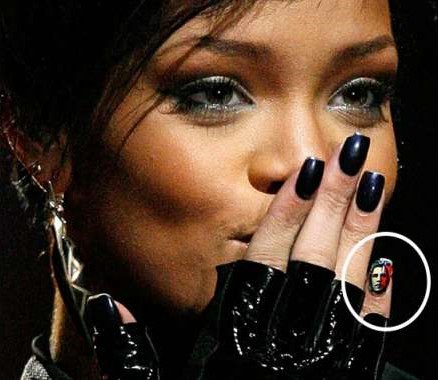 Presidential Manicures
The drop-dead gorgeous pop singer Rihanna joined the legions of President Obama admirers who have emblazoned the Prez’s image on some part of their body. The 20-year-old singer’s choice to express her allegiance was to have Obama’s face clearly painted on one of her fingernails. Rihanna had a mini replica of Shepard Fairey’s now-famous portrait of President Obama perfectly manicured on her pinky from talented artisans at Minx Nails. 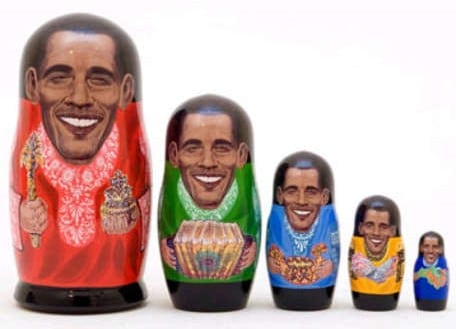 Presidential Home Decor
From wall decals to Russian nesting dolls, bringing Obama home with you is no problem thanks to a range of patriotic designers from an online nesting dolls store. Online and in stores, Obama household ornaments are plentiful, and range from bizarre little Obama Chia pets to Obama paper towel holders.