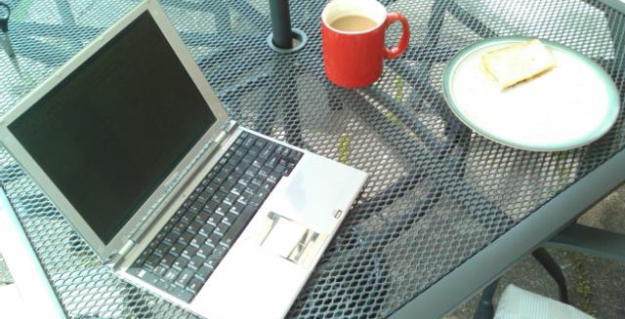 Mr Moggridge, a British industrial designer, was credited with creating the flip-open form of the modern laptop that is common today.

His computer design, the Grid Compass, had a keyboard and yellow-on-black display and was released in 1982.

Priced at more than $8,000 (approximately Â£5,000) it was encased in magnesium and considered to be rugged with a 340kb memory.

It was used by the U.S. military and even made its way into outer space aboard the Space Shuttle Discovery in 1985.

Mr Moggridge developed the design when he realised the flat-panel screen, keyboard and circuitry could all fit snugly together.

Up until that point portable computers resembled sewing machines and often weighed as much as nine kilograms.