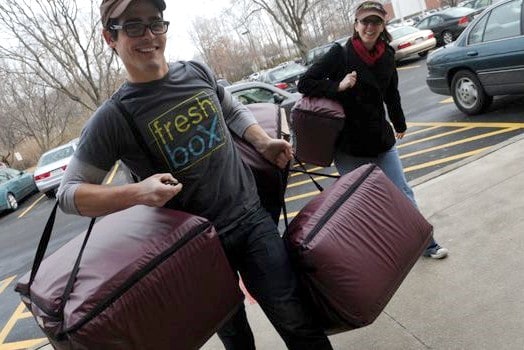 His main task: creating businesses that would employ shelter residents and help them develop job skills. A former investment analyst who “ate a lot of really crappy boxed meals” from corporate caterers, DeLoss recognized an opportunity to serve the Columbus market with better-catered lunches.

In September 2009, he launched Freshbox Catering with $40,000 in seed money from local business donors and churches. The for-profit company is owned by the nonprofit Lutheran Social Services.

DeLoss hired three workers from the shelter and is in the process of adding two more. The goal is to equip them with skills– including kitchen safety and financial literacy–that they can take to other jobs, DeLoss says.

The company had $30,000 in revenue in 2009 and is projecting $135,000 for 2010. DeLoss hopes to replicate the model as a “social-purpose franchise” with nonprofits in such other cities as Pittsburgh, Indianapolis, and Cincinnati.