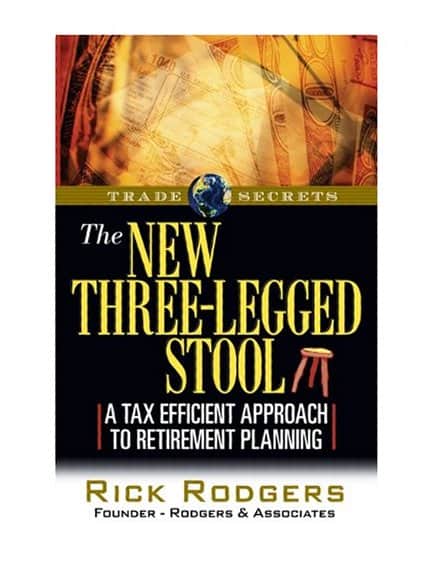 The following is a guest post by Rick Rodgers.

Income taxes are going up next year, and not just for those who earn more than $200,000 a year.

“Taxes are likely to be higher for everyone” says financial planner Rick Rodgers, author of The New Three-Legged Stool: A Tax Efficient Approach To Retirement Planning.

“We all know about the expiring Bush tax cuts, which may or may not be extended for everyone or just some,” he says. “There are also new taxes that were part of the healthcare reform law passed in 2010; the expiring payroll tax cut; the alternative minimum tax that already expired in 2011, and many other provisions that have expired or will expire at year end.”

Nearly everyone should prepare to pay more, Rodgers says.

The good news is you still have time to take advantage of 2012 tax rates, which may turn out to be the lowest we will see in some time. Rodgers offers these strategies that can be implemented before the end of 2012:

Rodgers warns that a common mistake is to wait and see what happens. It has not been uncommon for Congress to make significant changes to the tax code late in December, leaving taxpayers little time to react. He advises a diversified approach to tax planning. Make a partial Roth conversion, harvest some capital gains but don’t wait until it’s too late to do anything about rising taxes.

Take a proactive approach to tax planning this year to cushion any fall from the fiscal cliff.

Certified Financial Planner Rick Rodgers is president of Rodgers & Associates, “The Retirement Specialists,” in Lancaster, Pa. He’s a Certified Retirement Counselor and member of the National Association of Personal Financial Advisers. Rodgers has been featured on national radio and TV shows, including “FOX Business News” and “The 700 Club,” and is available to speak at conferences and corporate events.