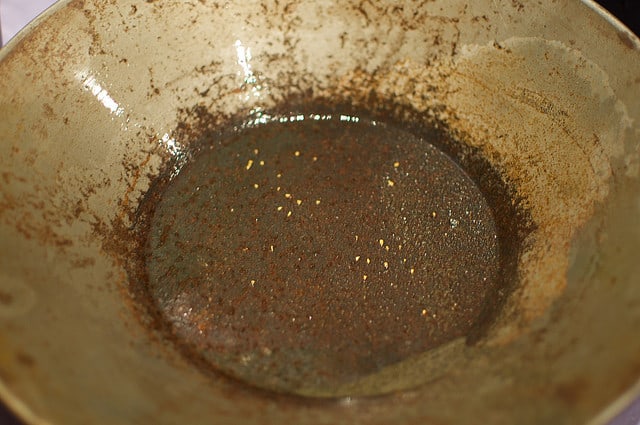 Many people have come to New York over the years in search of fortune. It is not true that the streets are paved with gold, but the sidewalks might be.
Sometimes, in tough times, people think up the craziest ideas for making money. Take, for example, 43-year-old, unemployed jewelry setter Raffi Steppanian. As CBS News correspondent Steve Hartman reports, when it comes to unusual business plans, Steppanian takes the gold – literally.

Steppanian is thoroughly convinced there’s gold in them there expansion joints. “It’s been in there for years, it’s embedded in there,” he said.

He’s mining 47th Street specifically because this is New York’s Diamond District. Steppanian said jewelry manufacturing, especially in the old days, produced a lot of little gold flakes and he said some of those had to end up on the worker’s feet – which he assumes then got transferred to the sidewalk and eventually washed into these cracks.

I was wondering when this would take off in the United States. I first reported that people were sweeping the streets of Ahmadabad, India for gold in March.