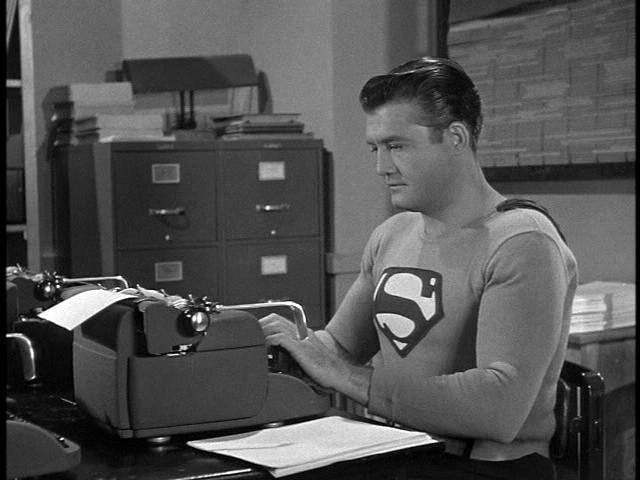 In an attempt to modernize Superman, in the comic book’s newest issue, Clark Kent (Superman’s alter ego) has quit his job as a reporter for the Daily Planet newspaper to become a blogger.

Wow, I don’t feel quite so nerdy. I have the same job as Superman. (Ok, maybe more nerdy.)

Clark will take a stand against the media’s move towards being more entertainment and less news. He even makes a comment about “Truth, Justice, and the American Way” being the goal that media, and people in general, should strive towards. Entertainment reporter and longtime Daily Planet mainstay Cat Grant will be quitting alongside Clark, completing his Jerry Maguire moment, and joining up with him to create “the next Huffington Post or the next Drudge Report,” said [Superman writer Scott] Lobdell.