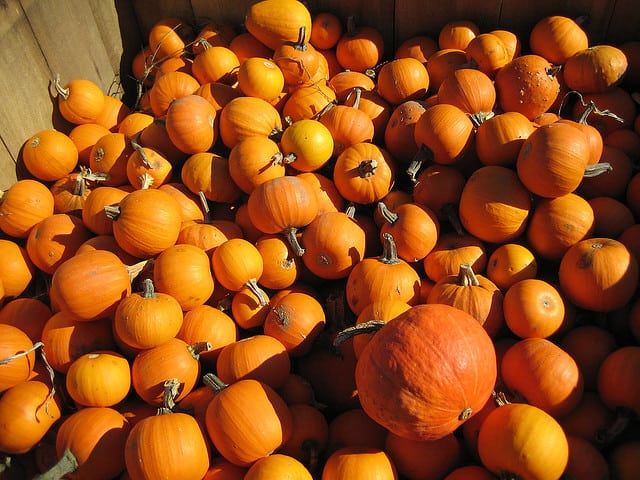 Looks like their might be an opportunity for an entrepreneur willing to buck tradition and transport pumpkins from California to other parts of the country where pumpkins are less plentiful. The LA Times has the scoop:

There’s a pumpkin shortage plaguing parts of the country this year, because of drought and storms in the Midwest and Northeastern states.

In California, the nation’s No. 2 pumpkin state, fine weather has made for pumpkins aplenty. Still growers here aren’t trying to make a killing, unless you count the fake blood at the haunted houses some have set up on their farms. With other crops, they’d be looking to export their bounty to cash in on higher prices. But that isn’t â€” if you’ll pardon the expression â€” how pumpkins roll.

There are no vast tracts of mechanically harvested fruit or frantic traders swapping pumpkin futures on global commodities exchanges. California pumpkin farms tend to be small, perhaps a few dozen acres at best, and are geared for producing jack-o’-lanterns rather than pie filling. Most Golden State pumpkins don’t travel; the customers do â€” to roadside stands and pick-your-own patches.