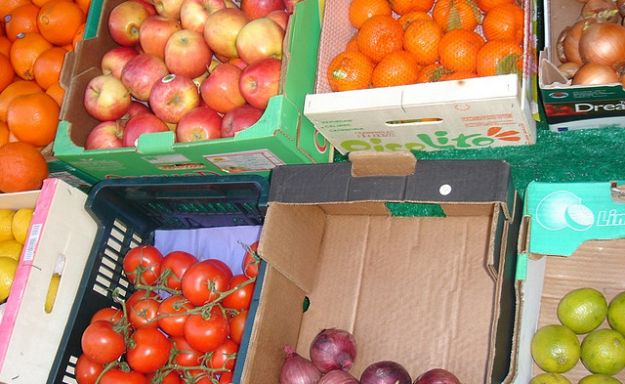 With the world in a buzz about health and fitness, the past trends of bringing fatty foods or sweets loaded with sugars are far behind us. Dieting has become a major trend around the world, but there are times when it can seem like the world is out to take you and your diet down. For all those that come to work and have to walk past a box of donuts with the willpower to avoid temptation, Fruitful Office was made. Fruitful saw that there was a need for healthier alternatives to the workplace snacks that exist now and have managed to bring their fruit to companies all around the U.K.

Fresh fruit supplier FruitfulOffice.co.uk set up their shop several years ago with a couple of very important objectives in mind. The first was to provide fresh, quality fruit to offices around the country and create options for those who wanted a healthier alternative to the snacks they were used to. Instead of investing in a box of candy bars, Fruitful wanted to give businesses the option of perfectly ripened, freshly picked fruit that was easily accessible. Fruitful took the hassle out of shopping, bringing fresh fruits straight to the businesses themselves.

But Fruitful also realized that they couldnâ€™t be a successful business without giving back to the community, which is why they partnered up with the London Zoo to provide unused fruit to the animals that can incorporate it as a part of their healthy diet. Twice a week the folks at Fruitful stop by the zoo to give them what fruits have been left over after theyâ€™ve made their deliveries. The food is still edible but isnâ€™t of the highest quality that Fruitful holds itself to; but the animals donâ€™t seem to mind at all.

But most importantly, Fruitful realized that while they could take whatever fruits they needed to make their business successful, it would mean nothing if they were destroying the environment that we all live in. Thatâ€™s why they also teamed up with an organization called Ripple Africa that promises to plant one tree for every fruit basket sold through Fruitful. The benefits of this program are numerous including a decrease in carbon dioxide that has come from deforestation in Africa, a sustainable project that gives back what it takes from the earth, and it provides families the ability to grow their own plants for consumption and for commercial use. The program has been wildly successful thus far and will continue to grow with the help of Fruitfulâ€™s loyal customers.

Fruitful has created a sustainable business from the ground up and also a business that will continue to enrich the lives of others no matter how far away. Customers can benefit from knowing that when they order a fruit basket, their money not only goes towards a company that has prided themselves on customer service and quality product but will also be giving back to those who are most in need.