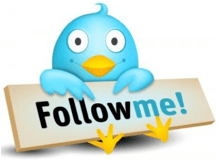 Collecting a substantial number of followers on Twitter isnâ€™t enough to call your account a success; itâ€™s how successfully you interact with them that counts. Eventually, if they grow tired of your pointless posts theyâ€™ll hit the â€˜unfollowâ€™ button and your numbers will fall. The overall goal is to keep your audience numbers high, but more importantly, interested in what it is you have to say â€“ or at least it should be.

The first key thing that you need to make sure youâ€™re doing on your Twitter account is talking about things that are relevant, especially if itâ€™s from a business account. For instance, the Hidden Hearing Twitter account focuses on topics related to hearing and hearing loss and because of this, they effectively interact with their followers on related issues â€“ theyâ€™re not talking about last nightâ€™s episode of the X Factor or the football at the weekend. In comparison, the Only Naturals skincare account gives followers advice on skincare and tells them about the latest offers on products that might be of interest to them, as well as answering questions from their audience.

The reason both work so well â€“ and there are plenty of other social accounts that do well too â€“ is that they stay on topic and assist their customers, which means that you ensure that your audience stays engaged. By finding the right tone of voice, you can have them talking to you, buying from you and retweeting you to their own followers – all of which will greatly benefit your social presence and its effectiveness on the bottom line.

Who you follow from the account is also important. Anyone who sees your profile for the first time will be interested in who you are, what you do, and your reputation in the industry; so following a bunch of celebrities from a television show might portray that youâ€™re a modern company in touch with modern trends but not that youâ€™re focused on the brand and the message youâ€™re sending out. A health company, such as Hidden Hearing as used in the example earlier, should be following doctors and medical journals, for instance, where they can gather and share relevant information about the industry that will be beneficial to them and their audience.

Possibly the most important thing, is to respond to questions and comments from your followers as efficiently and effectively as possible. If someone posts something positive, thank him or her for it. If they ask a question, answer it to the best of your ability or direct them somewhere they can find the answer. If they have a joke with you, try and share the joke or show appreciation for their interaction.

A concept called #FollowFriday is also a great way of keeping the relationship with your followers. If youâ€™ve been chatting with a handful of followers for a period of time, doing a Follow Friday with their accounts listed will encourage other people to follow them, boosting their own engagement from their own account.

The more you get involved with your audience, the more theyâ€™ll get involved with you and that can mean more sales, more traffic to your website and more followers and the whole process starts again. Itâ€™s an ever-changing industry that is either made or broken according to how well itâ€™s managed.