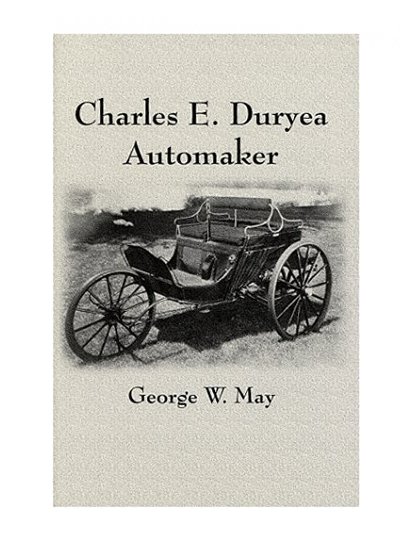 The Chicago Times-Herald race was the first automobile race held in the United States. Sponsored by the Chicago Times-Herald, the race was held in Chicago in 1895 between six cars and won by Charles Duryea’s Motorized Wagon. The race created considerable publicity for the motocycle, which had been introduced in the United States only two years earlier.

On July 10, 1895 the Chicago Times-Herald announced a race to be held in the city, with a winning prize of $5,000 ($139,680 in today’s money). The promotion was an attempt to foster growth of the young auto industry in the United States and to boost newspaper sales. The first automobiles in the nation were produced only two years earlier, and they were so new at the time that the paper’s editors could not easily agree upon a name for them. After considerable wrangling, the editors decided to call it a Moto-Cycle race, and first used the term in a July 15 article.

The original course of the race was to run from Chicago north to Milwaukee, but the roads were found to be too poor for early cars to easily traverse. The route was changed to be only 54 miles (87 km) from Chicago to Evanston and back. The finish line was near what is now the Chicago Museum of Science and Industry (what had been the Palace of Fine Arts at the 1893 Columbian Exposition). The race was intended to be held on November 2, but few cars had shown up, and the race was rescheduled. Eighty-three cars were initially entered into the race, but only six arrived for the actual competition. Many of the entrants did not have their cars completed on time, and several were unable to make the journey. Elwood Haynes’ car, which was a favorite to win the race, was damaged en route and unable to compete.

Both Haynes and the driver of a Benz car, were stopped by police while driving their cars into the city. They were forced to requisition horses to pull the cars… as the police informed them, they had no right to drive their vehicles on the city streets. The situation caused the race to again be postponed while the Times-Herald editors convinced the city leaders to pass an ordinance to confirm the right of these vehicles to travel on city streets. Once the ordinance passed, the race was held on November 28, Thanksgiving Day. The day was snowy and 38 Â°F (4 Â°C), the roads muddy, with snow drifts in places.

The first car to arrive was a German made car by inventor Karl Benz. In total, three Benz cars ran in the race. The only other four-wheeled car to run in the race was Charles Duryea’s motorized wagon. The two other vehicles that took part were two-wheeled automobiles. The “motorcycles” lacked the power to climb one of the course’s grades. Another entrant was electric-powered, and its battery died because of the cold weather before getting very far. Just after starting, one Benz struck a horse, and was forced to leave the race. On the return trip the Duryea began to take the lead. The Duryea car took first place and the grand prize, completing the race after seven hours and fifty-three minutes, having traveled an average of 7 mph (11 km/h). A German Benz crossed the finish line an hour and a half later, and won second place, driven by Oscar B. Mueller. The last leg (from point 31 to finish), however, of the Mueller-Benz car was driven by Charles Brady King because Mueller went unconscious from exposure. King was originally an umpire to the race and of this motocycle. None of the other vehicles finished.

The race was the first known automobile race in the United States. Newspapers across the country carried stories about the race and many predicted the coming demise of horse-borne transportation, citing the cars’ ability to travel even in poor weather. The success of the race sped up the rate of automobile development by at least 5 years in the United States due to the publicity of the event. The commercial production of American automobiles began only a year later.