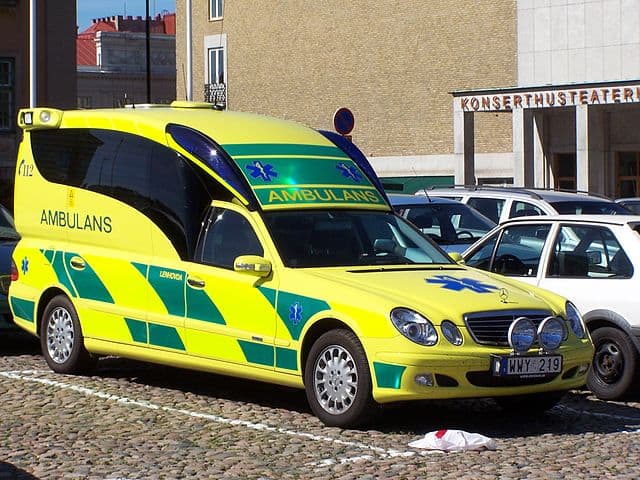 Police in Moscow are to carry out checks on ambulances after reports that emergency vehicles have been fitted with plush interiors and are being rented out to VIP commuters hoping to dodge the cityâ€™s appalling traffic jams.

They face random checks after companies advertising rides in â€œambulance-taxisâ€ for upwards of 6,000 roubles ($200) per hour appeared on the internet.

The vehicles are said to use their sirens to scatter traffic and deliver harried businessman to meetings on time.

Photo is not of a Russian ambulance taxi. It’s Swedish.