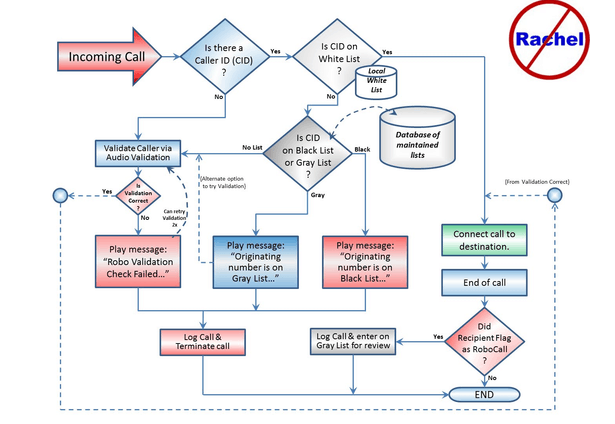 The vast majority of telephone calls that deliver a prerecorded message trying to sell something to the recipient are illegal. As technology has advanced over the years, so have the number of illegal robocalls.

Last year, The Federal Trade Commission challenged innovators to create solutions that would block these illegal robocalls. These solutions should block robocalls on landlines and mobile phones and can operate on a proprietary or non-proprietary device or platform.

The FTC announced today that judges for the FTC Robocall Challenge selected two winners, in a tie for the $50,000 prize for Best Overall Solution to block illegal robocalls. The challenge, designed to help solve this problem by spurring innovation in the marketplace, garnered nearly 800 eligible submissions.

Serdar Danis and Aaron Foss will each receive $25,000 for their proposals, which both focus on intercepting and filtering out illegal prerecorded calls using technology to â€œblacklistâ€ robocaller phone numbers and â€œwhitelistâ€ numbers associated with acceptable incoming calls. Both proposals also would filter out unapproved robocallers using a CAPTCHA-style test to prevent illegal calls from ringing through to a user.

Danisâ€™s proposal, titled Robocall Filtering System and Device with Autonomous Blacklisting,Whitelisting, GrayListing and Caller ID Spoof Detection, would analyze and block robocalls using software that could be implemented as a mobile app, an electronic device in a userâ€™s home, or a feature of a providerâ€™s telephone service.

Fossâ€™s proposal, called Nomorobo, is a cloud-based solution that would use â€œsimultaneous ringing,â€ which allows incoming calls to be routed to a second telephone line. In the Nomorobo solution, this second line would identify and hang up on illegal robocalls before they could ring through to the user. The proposal from Klein and Jackson, like the Best Overall Solutions, would involve using automated algorithms that identify â€œspamâ€ callers.