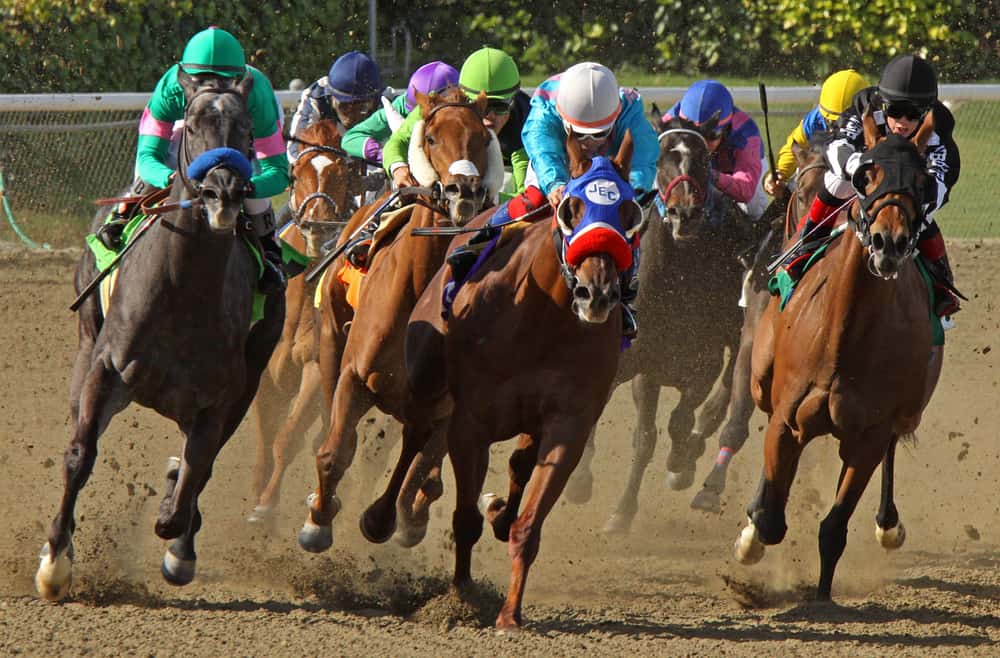 The secret to making money with race horses isn’t to bet on the ponies, it’s to invest in them! It’s relatively easy to invest in racehorses, reports the Huffington Post. If they win, you’ll get a share of the purse, plus then they’ll be in demand for breeding and you’ll receive a portion of those proceeds as well.

If Saturday’s Kentucky Derby makes you dream of owning a thoroughbred for the price of a nag, you’re in luck. Several firms arrange partnerships for small-timers to buy a share of a racehorse. Investments begin in the low hundreds of dollars.

Dave Dillon, a Chicago hospitality executive, plunked down $5,000 for a 5 percent stake in a yearling through Team Valor International, a Versailles, Ky.-based stable. Dillon’s chances of profiting were remote — up to 95 percent of owners lose money, estimated Team Valor owner Barry Irwin. But Dillon’s colt, Animal Kingdom, was an exception in the grandest way imaginable. It won last year’s Kentucky Derby.

After spending a chunk of his winnings on memorabilia, Dillon received a check for his cut of the purse from both the derby and Animal Kingdom’s second-place finish in the Preakness — $65,000. He could receive about $300,000 when the horse begins breeding.

Here are some racing syndicates that you can invest in: