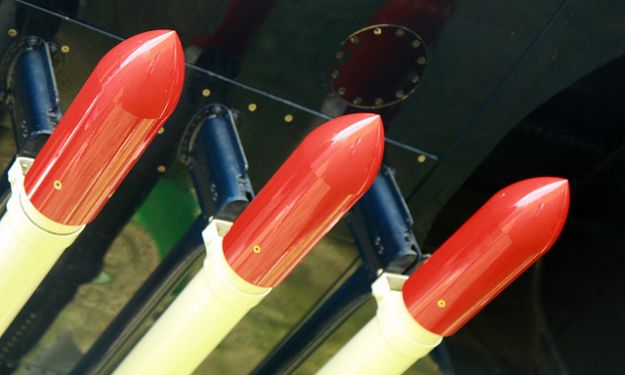 Before “rocketmail” was the name of a short-lived free e-mail service in the late ’90s, it was an idea propounded by German inventor Professor Oberth, who thought it was a good idea to literally use a high-velocity, ill-aimed projectile to deliver mail from Berlin to New York City. He claimed to be able to achieve delivery in 24 minutes, but the Nazis later co-opted his idea for more nefarious — and obvious — uses, turning his rocket into the forerunner of the V-2 rocket that terrorized wartime Britain. 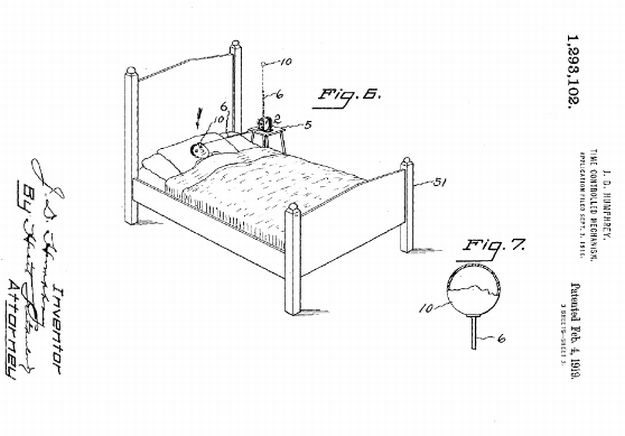 People must’ve been deep sleepers in the early 20th century, because inventor J.D. Humphrey came up with an alarm clock that didn’t just tell you the time — it woke you up with a blow to the head. 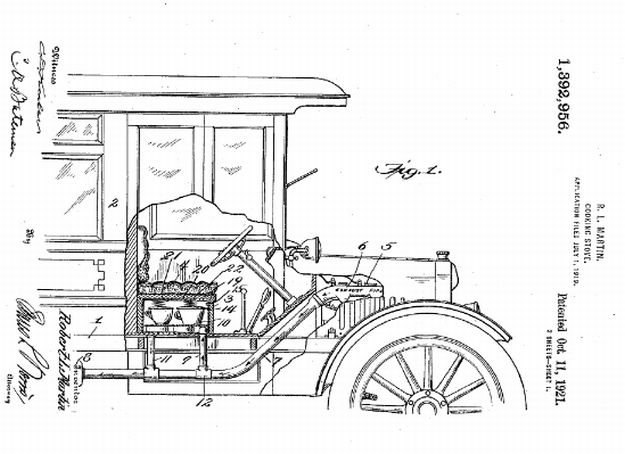 Motorist munchies may or may not be a real thing, but Robert L. Martin would have taken care of the issue with his cooking stove that rested underneath the driver’s seat and was heated by the car’s rerouted exhaust pipe. So if the carbon monoxide didn’t kill you, and you managed to stay on the road while basting a rack of lamb between your legs, you had a red-hot car seat to look forward to sitting on as you ate!