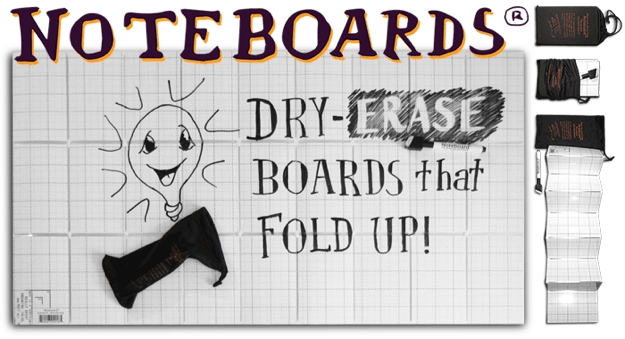 Robert Thomas dropped out of Stanford and was waiting to be discharged from the Marine Corps when he had the idea to hitchhike to Ohio. He needed to create a sign to display to passing cars where he was headed. It occurred to him that a dry-erase board would be great, but it would be too cumbersome to be convenient. He discovered that taping index cards together with packing tape served as a dry-erase board that he could fold up and put into his pocket. In his new office job, Thomas used his portable Noteboard and it turned enough heads to make him borrow a couple grand from his parents to try to make 1,000 Noteboards and sell them over the next year. â€œI tossed together a little website, put a link on Reddit, and watched in amazement as all thousand Noteboards sold in one week,â€ says Thomas. Now, he adds, he’s working full-time on Noteboards and other gadgets “that are too simple to NOT exist.â€