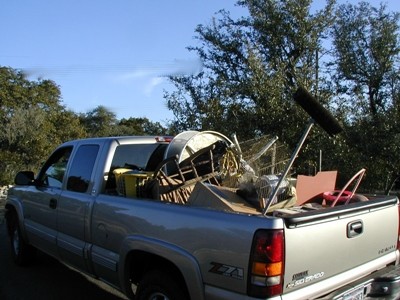 After retiring from journalism, Lawrence Breer was looking for something to do and realized he had a pick-up truck that he could put to good use. So he started running ads in the local paper, offering his services to haul trash and junk from people’s garages, reports WalletPop.

Breer says, “It turned into a bonanza.” He was soon supplementing his Air Force pension and Social Security with an extra $1,200 to $1,500 a month. “The thing is, you just need to look around,” advises Breer, who spent about five years hauling junk from garages and backyards to the local landfill.

“There are all kinds of services out there that people will pay for — like tree pruning, painting, carpentry. My wife thought I was especially crazy, saying, ‘This is not going to fly,’ ‘” adds Breer. “But when she saw I was beginning to make money, she said, ‘Woo-hoo!'”

Why Business Travelers Should Learn a Foreign Language

Why Business Travelers Should Learn a Foreign Language