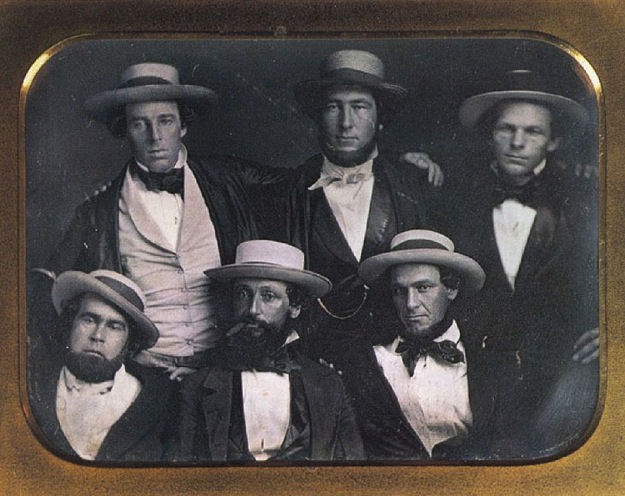 On this day in 1892, Alexander Cartwright, the inventor of baseball, died.

In 1845, Alexander Cartwright, a member of New York City’s Knickerbockers club, led the codification of the so-called Knickerbocker Rules. The practice, common to bat-and-ball games of the day, of “soaking” or “plugging”â€”effecting a putout by hitting a runner with a thrown ballâ€”was barred. The rules thus facilitated the use of a smaller, harder ball than had been common. Several other rules also brought the Knickerbockers’ game close to the modern one, though a ball caught on the first bounce was, again, an out and only underhand pitching was allowed. While there are reports that the New York Knickerbockers played games in 1845, the contest now recognized as the first officially recorded baseball game in U.S. history took place on June 19, 1846, in Hoboken, New Jersey: the “New York Nine” defeated the Knickerbockers, 23â€“1, in four innings. With the Knickerbocker code as the basis, the rules of modern baseball continued to evolve over the next half-century.

Two good books on the subject of Cartwright and baseball are: