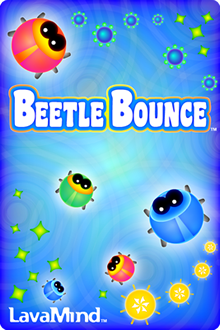 “You can’t build a truly great app unless you iterate like crazy,” said Naomi Kokubo, “And there’s no better way than to code it yourself.”

A year ago, Naomi, a mother of two, had ample business experience but no coding background. Instead of hiring an engineer like she’d done in the past, she decided to teach herself.

“I didn’t even know how APIs really worked,” said Naomi. “I used to blank out when anyone talked tech to me. I’d worked in the game business, but I was never one to code.”

In less than a year, she not only taught herself how to code but completed an iOS and Android game, including all the game design, graphics, UI, sound design, etc.

“The thing that helped me the most was the community. I stumbled upon the computer language Lua and joined the Corona Labs community. As soon as I plugged into the forums, I felt connected, and I began to suck up knowledge. Whenever I got stuck, someone always posted something that helped me get over the hurdles.”

Now Naomi is the one helping newbie coders. She’s also set to release Beetle Bounce on iOS. It got picked up by a major publisher who promised to put $100,000 marketing money behind it on iOS, but Naomi wanted to publish under own label, so she walked away from the deal.

Naomi just released her game on the NOOK, where it was featured as a Top Game Pick.

“I think the folks at NOOK loved Beetle Bounce because I put so much of myself into that game. I created something I really wanted to play and worked to perfect every pixel.”

Naomi plans to release Beetle Bounce soon on the iPhone, iPad, Kindle, and Android. She’s already working on her next game. “I love coding. It gives me a lot of freedom and flexibility. As a mother and creative person, this makes all the difference.”

Video of Beetle Bounce below: