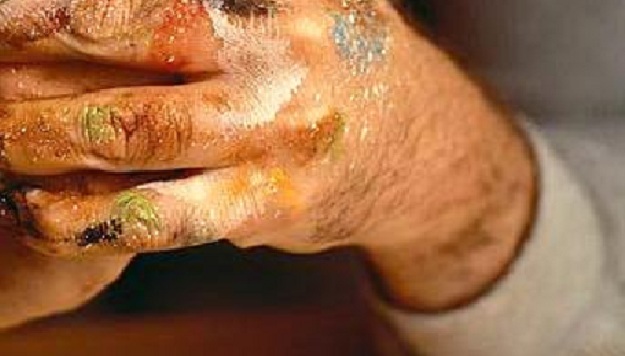 Casually dressed in a summer yellow T-shirt and a pair of khaki shorts, a blue pair of sunglasses on his head, Matt Limpede fit right into the student crowd at UTDâ€™s Comet Lounge. There was nothing at all that give him away as the entrepreneur behind two successful businesses.

â€œI got lost there for a while â€” so much has changed around here,â€ he said, settling into the booth.

Limpede, a Comet alum from the class of 2006, is the owner and creator of Pride Pants â€” hand-painted rainbow-colored jeans for anyone who cares to express their pride in being gay, lesbian, bisexual or transgender, or GLBT. In addition, Limpede is also the editor-in-chief of Carve Magazine, an online Dallas-based literary publication.

â€œI knew I was gay since I was a kid â€” I am a big believer in that it was determined before I could decide anything about it, I guess,â€ Limpede said. â€œI can remember being a kid, when I had a dream of me and a kid on the block kissing, and I told my family, and they were like â€˜uhhâ€¦ donâ€™t tell anyone about that.â€™â€