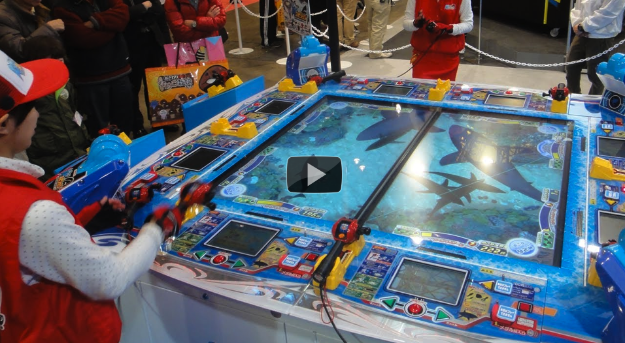 Fishing Spirits, by Namco Bandai Games, is an arcade fishing medal game for eight players and features force feedback controllers. It will be in game arcades in Japan from July 2012.

“This is a medal game that up to eight people can play at once. It’s totally different from previous medal games. This is a new genre, where it really feels like you’re fishing.”

The large display is composed of two 55-inch screens, and over 50 kinds of fish both large and small appear swimming around on the display. The new fishing rod shaped controller, with vibration and reaction forces, gives tactile feedback to the player.