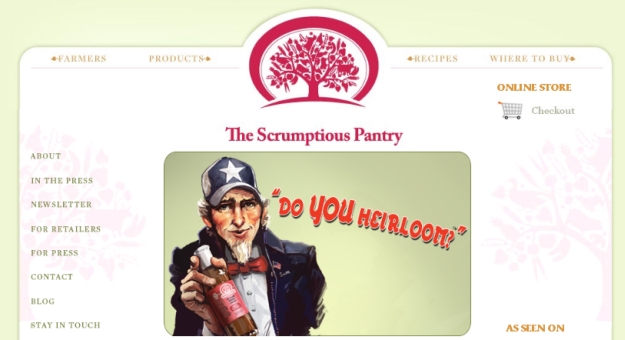 Her three-year-old company, The Scrumptious Pantry, has seen sales increase fourfold in 2011. She won’t disclose dollar amounts, but she says revenue is up 50 percent so far this year compared with last year.

She went back in time about 200 years to track down heirloom regional recipes for pickles, ketchups and dipping sauces that could be updated to appeal to contemporary palates. Ms. Greene uses ingredients that grow in abundance in the Midwest â€” such as cranberries from Wisconsin â€” and put photos of the farmers growing the mostly organic ingredients on the packaging to show that real people are involved in the small-batch formulas being created. Then she adopted flavor profiles that echo different ethnic backgrounds of immigrants who settled in the Midwest over the last couple of centuries.

For example, one of her three ketchups is made from cranberry and juniper berries and has rosemary and red beet juice mixed in. Those flavors tap into the Slavic and Russian heritage of immigrants in this region, she says.