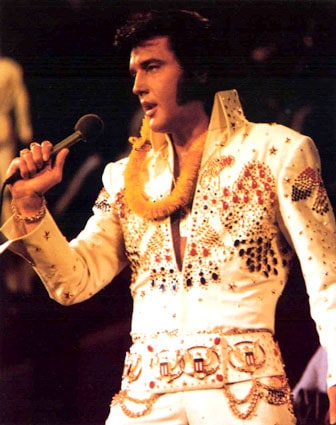 Digital Domain Media Group, creator of the “holographic” Tupac Shakur at Coachella, has announced an exclusive deal with the Core Media Group to jointly produce a series of “virtual” Elvis likenesses for a range of entertainment projects.

According to Digital Domain, a visual effects company that also has worked on such films as The Curious Case of Benjamin Button, Tron: Legacy and X-Men: First Class, the virtual Elvis will soon be seen in film, on television and in other venues. Concerts appear to be a clear possibility. Digital Domain says it will announce soon where audiences can expect to see the first virtual Elvis performances.