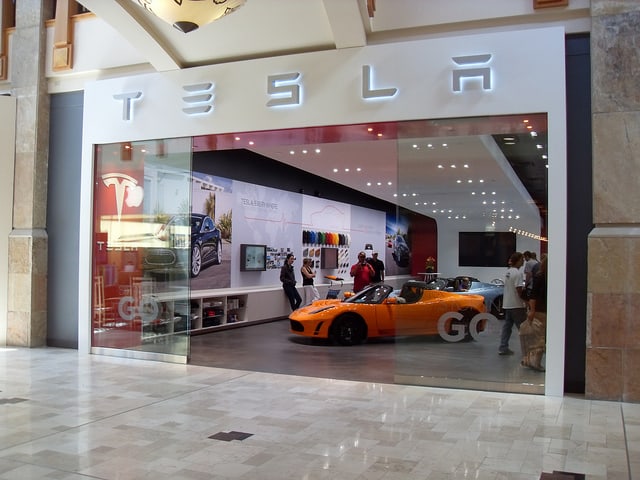 If you want to buy a new car or truck in the United States, you have the choice of going to a dealership in person or not buying at all. For the first time, one automaker â€” electric vehicle maker Tesla â€” will attempt to short-circuit dealers by selling its cars directly to consumers over the Internet. It’s controversial, risky and already under fire from traditional dealers, but Tesla’s model could spark bigger changes.

The store above in Denver is one of 14 Tesla has opened in the United States and 25 worldwide, with another eight to 10 set to open in North America before the end of the year. While the company has focused on meeting production targets of its electric Model S sedan, it’s also been adding stores like these â€” owned by the factory, usually located in malls or central shopping districts closer to Urban Outfitters than other car dealerships.

It’s a key part of Tesla’s overall business: Instead of building cars and selling them to dealers who hawk them to shoppers, Tesla wants to build only cars customers order â€” eliminating part of the auto industry’s massive overhead costs in inventory. By selling its cars directly, Tesla’s executives believe they can make their customers happy, and eventually sell more cars for less money.