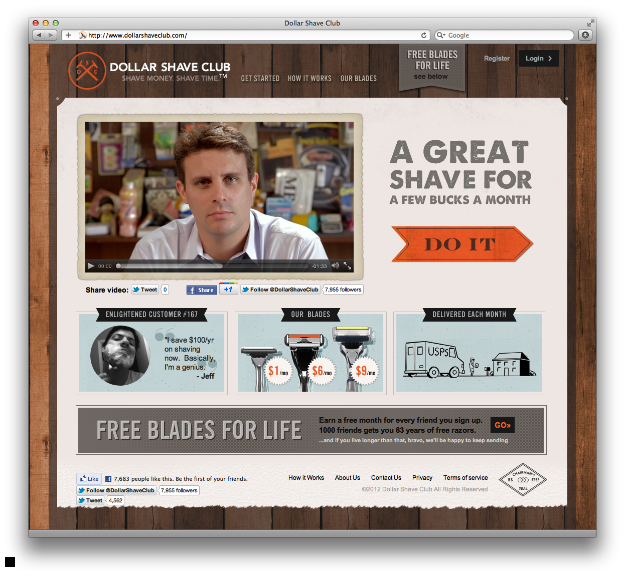 Dollar Shave Club is a subscription service that will deliver razors for $1 (plus $2 shipping) each month. They must be making a bundle off of each razor, because they’ve got some big backers who given them over $1 million in VC funding. That’s a lot of razors.

Michael Dubin, whoâ€™s also the companyâ€™s CEO, argues that the high-end of the market has gotten ridiculously overpriced, with â€œa vibrating handle, a back-scratcher, and all of that stuff.â€ On the low-end, he says that people with â€œwell-developed self imagesâ€ donâ€™t want to walk into a K-Mart or Wal-Mart to buy a pack of cheap razors. (I buy disposable razors at my local Walgreens, but Iâ€™m a tech journalist, so my self-image is screwed up in all kinds of ways.) When it comes to price, itâ€™s hard to beat $1 a month, and when it comes to convenience, itâ€™s hard to beat a delivery to your doorstep.

Their about us video is great and has already gone viral.