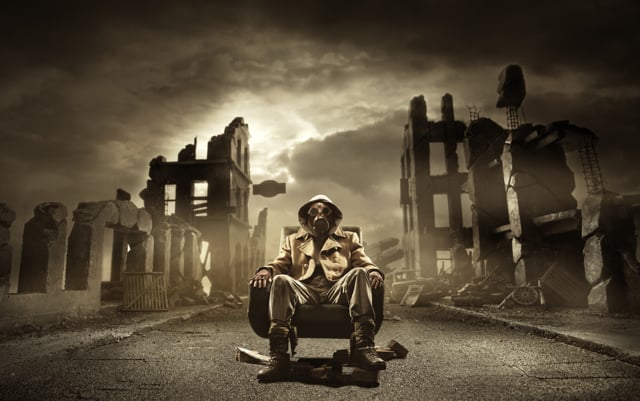 In the backyard of his remote Southern California home, Bernie Jones is etching an unconventional blueprint: a construction plan to build his underground survival shelter. It won’t be the typical, cramped Cold War-era bunker. It will hold 20 people.

Part of a small but vocal group of survivalists in Menifee, some 80 miles east of Los Angeles, Jones, 46, has pushed for the right to build a bunker on his 1-acre property for nearly a year. He wants to be ready for anything, be it natural disaster or a nuclear attack.

“The world is taking a change,” he says. “I want to be prepared. I want my family to survive.”

Residents of the small city once known for its farming and mining can begin applying for permits to build their subterranean housing this month after the City Council passed a hotly contested ordinance allowing the practice.