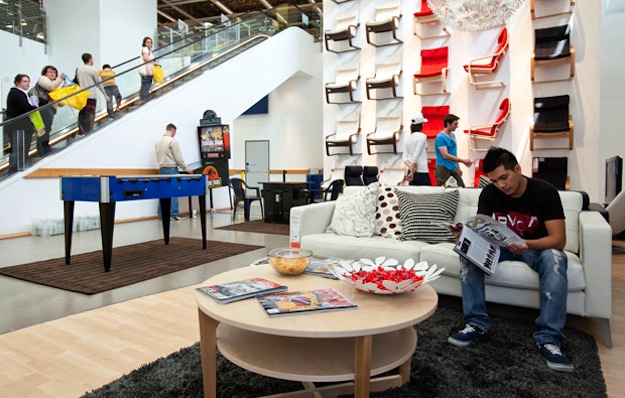 MÃ„NLAND is being trialled for four days this Father’s Day weekend as a male-only play space to hang out in while wives and girlfriends peruse the aisles.

Ms Leon said women were given a buzzer to remind them to collect their other half after 30 minutes of shopping.