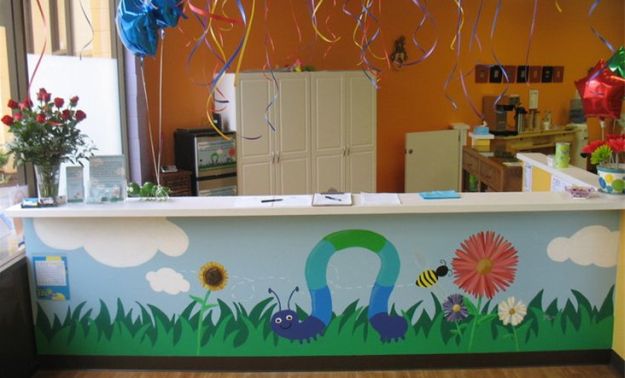 Michelle Christerson would find herself faced with a challenge whenever it would rain. Where would she take her 4 and 12 year old children to play? Between a play structure located at the mall and an arcade, there just weren’t many options. According to the Kitsap Sun, that was when she decided to make life a little easier for herself and moms like her.

In June, Christerson, along with fellow mom Carrie Kaptur, opened Imagination Station Enrichment Center. Their website describes the center as “Port Orchard’s First and Only Indoor Playground,” where a large, orange-and-green space between Jo-Anne Fabrics and the Dollar Tree houses a slew of toys and play areas for infants to 6-year-olds.

And for the moms, coffee and Wi-Fi are free.

“We wanted a place where single moms and working moms could come, where they wouldn’t have to worry: ‘Is someone gonna snatch my kid?’” Kaptur said.

“You can go to the McDonald’s Playland only so many times before the kids get bored,” Imagination Station customer Alison Dockins said. She said she paid the admission fee – $7 for the first child and $5 for each sibling – and was relieved to have an conversation with other adults, and have a place for her child to play without the safety worries some of the area’s parks may bring.