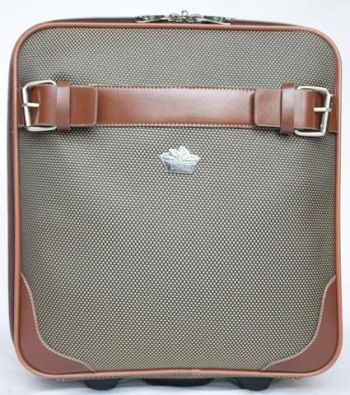 To make money, many airlines have imposed a carry on luggage fee. This includes Spirit Airlines. While taking a flight on the airline, one entrepreneur noticed an opportunity. Some carry on was free, as long as it met specific sizes… a size that was hard to find in luggage. So, he made his own luggage for free carry on travel.

“I’m a pretty avid Spirit Airlines flier,” Hopkins told MLive.com. “When they introduced the fee there was public outrage. But one day I was flying and I noticed you could still bring a free carry-on, it just had to be a smaller size.”

When his flight landed at Detroit Metropolitan Airport, Hopkins confirmed that Spirit Airlines does, in fact, still allow passengers to carry on bags for free so long as they fit in a 16″ x 14″ x 12″ under-seat space.

“It’s a really odd dimension,” Hopkins said. “I realized that nobody was selling bags at that size, so I figured I’d start.”

“Delta’s dimensions aren’t much bigger,” Hopkins said. “But since Spirit is the smallest, the bags can be used for every other airline that has a similar policy.”