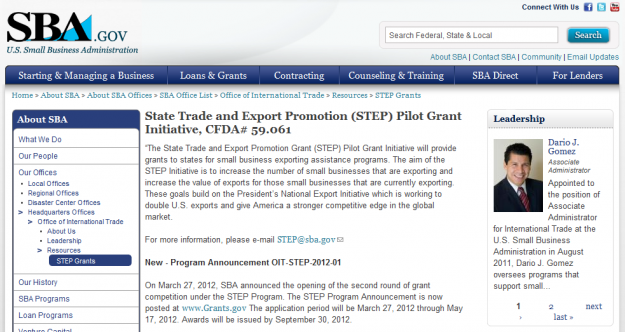 The State Trade and Export Promotion (STEP) grant initiative, launched under the Small Business Jobs Act of 2010, is a pilot grant program authorizing up to $90 million in grants to the states and U.S. territories over three years to help them increase the number of businesses that export, as well as the value of exports by small businesses.