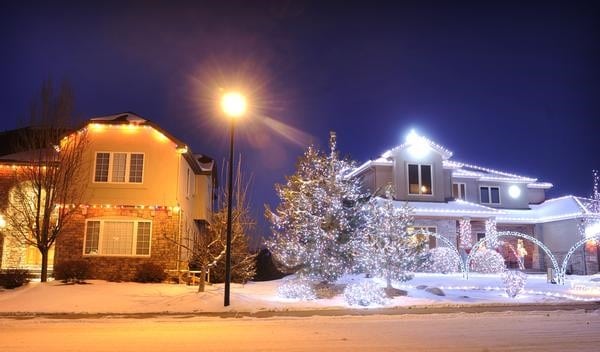 Cleve Wortham and his family used to get a kick out of visiting homes featured on maps of the best and brightest holiday decorations. Then his youngest child asked, “Dad, next year can we get on the map?”

The “Worthams’ Winter Wonderland” display showcases one of the most inventive shows in town: 35,000 LED lights on 127 channels synched to the pulsating ebbs and flows of six holiday songs broadcast on 93.9 FM.

Their home demonstrates the high-tech trends that are infusing new life into the annual winter tradition of holiday lights. Dozens of the music-and-light extravangas are enlivening neighborhoods throughout the metro area. And yet, for every over-the-top show, there are still popular mom-and-pop operations that span the generations, incorporating homemade ornaments and air-filled inflatables.

“We’ve got techno geeks like me who were never interested in it before taking it to the next level,” said Holdman, whose company designs, installs and programs setups for animated or static light displays.

Set-up prices for high-tech displays can range from homeowner TJ Manuello’s $1,400 system with 17,000
lights and 32 channels (or sections) of lights to Wortham’s set, which he said cost as much as buying his daughter a car.